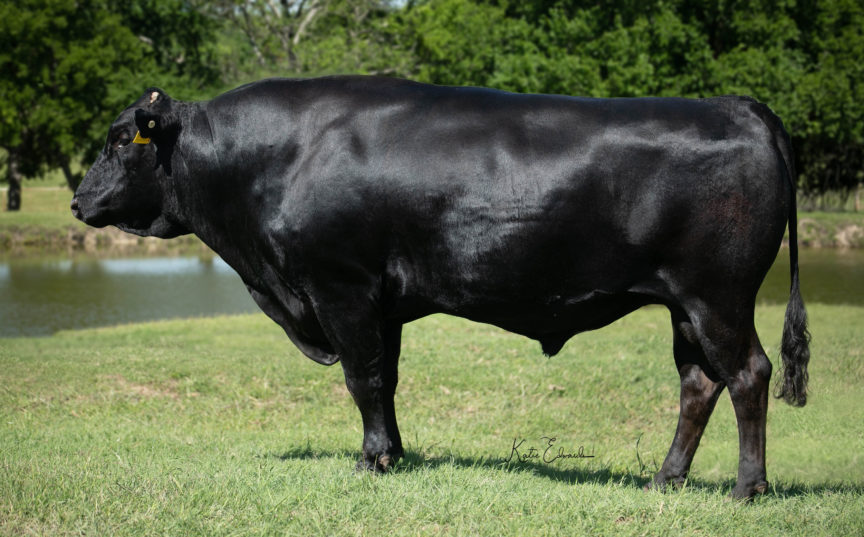 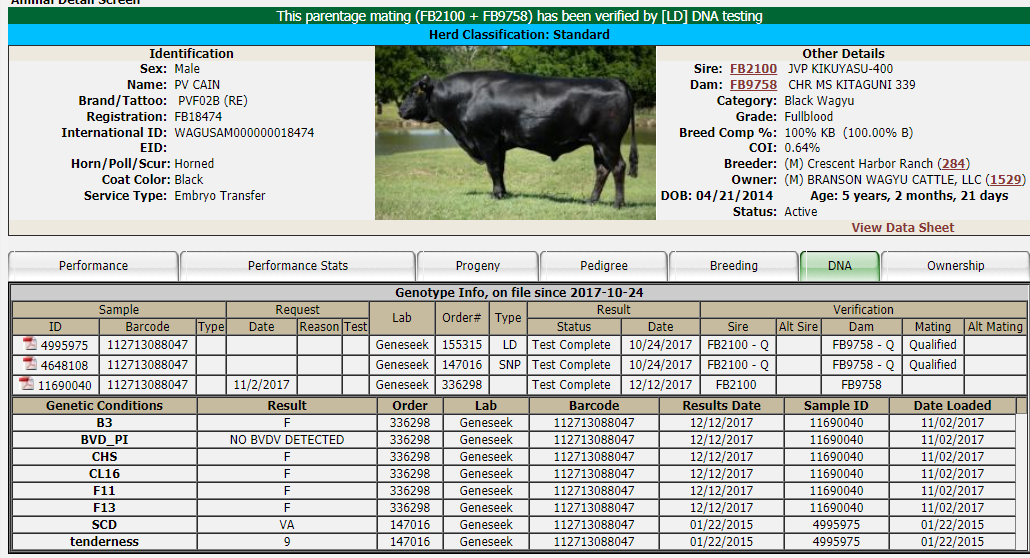 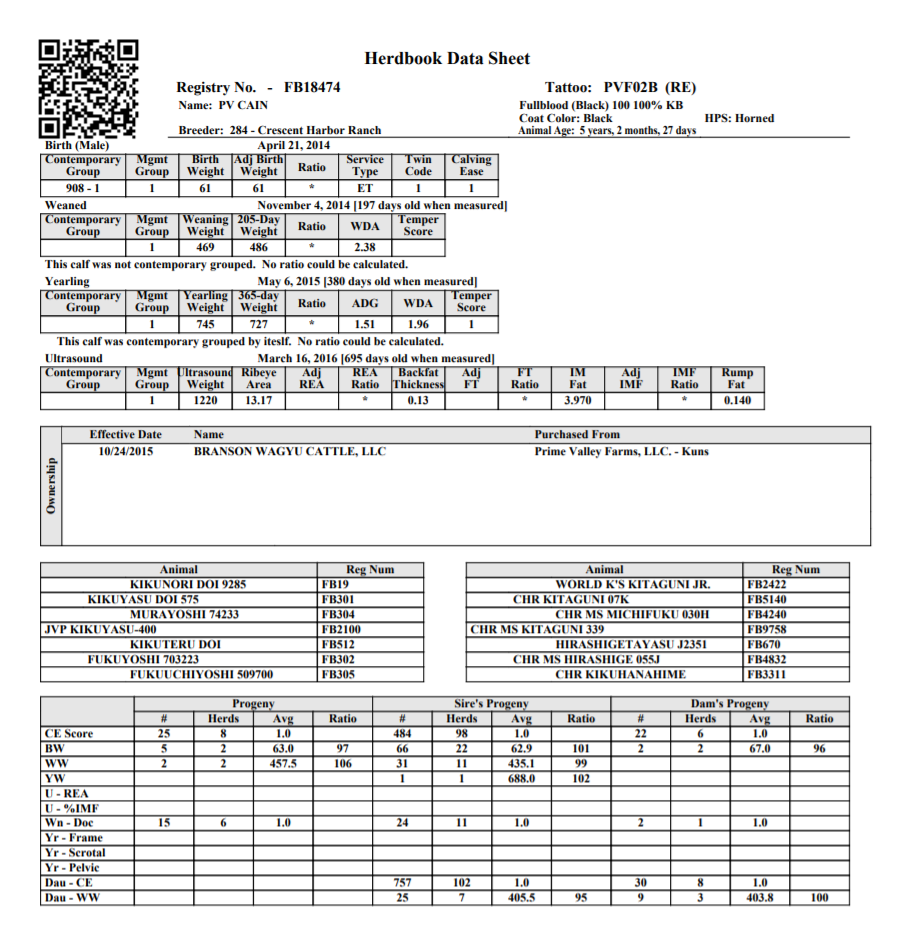 This fine bull is a son of the famous JVP Kikuyasu-400​ who was imported from Japan. Kikuyasu is by far the largest Tajima sire ever exported from Japan, weighing 1980 lbs with a large ribeye area. Kikuyasu also sired Kinu T077, a cow which to date has produced progeny which have all graded BMS +9 (Prime or Prime Plus).

Also in Cain's pedigree is World K's Kitaguni Jr., an Australian progeny tested 65% of his carcasses graded 9+ on the Australian scale (three full grades above the highest grade of USDA Prime), and Hirashigetayasu J2351 whose official Japanese progeny tests showed that at least 80% of his steers would grade A5 (the highest grade given to carcasses in Japan). This bull has the pedigree to provide high carcass quality in your meat herd or establish your own Wagyu breeding herd!